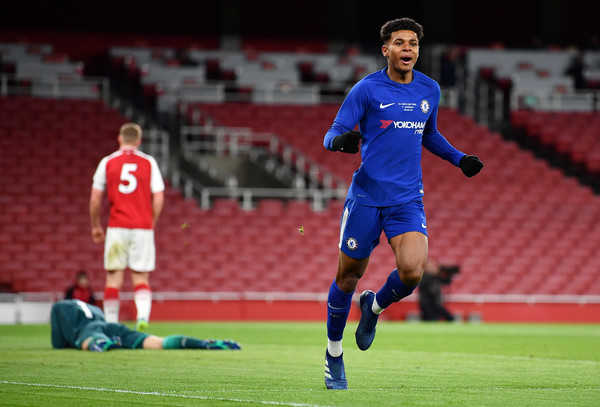 Tino Anjorin of Chelsea U18 celebrates his goal during FA Youth Cup Final 2nd Leg match between Arsenal U18 against Chelsea U18 at Emirates stadium, London England on 30 April 2018 (Photo by Kieran Galvin/NurPhoto via Getty Images)

For journalists and fans alike, there is a shared perception that Lampard and his team have, and rightly so, provided substantial chances for a plethora of young Chelsea talent to claim their stake in the Chelsea first team and Tino Anjorin already has done so.

Now, with the majority of Chelsea’s young stars making their international debuts as well as being first-team regulars, the chances may fall to those in the development side who feel that they have the ability to make a positive impact in the team, with the current list of injuries ever growing, spaces are as open as ever. Step forward Faustino Adebola Rasheed ‘Tino’ Anjorin.

The 18-year-old academy prospect is the next in the long line of Chelsea youth talent banging on the door of the first team, and to anyone who has seen the youngster play, it’s extremely obvious as to why. The Dorset born midfielder has been a gem in Chelsea’s ranks for almost ten years having joined the development centre as an under-7 and then going on to sign for the club in the under-9 age group. Anjorin’s father, Sheriff Anjorin, gave an account of his son’s development during an interview with Goal, published in early 2019. Sheriff lamented his son’s ability with the ball at his feet during his formative years, explaining that Tino  “was always the standout player, people knew him before he even knew how to spell his name.” 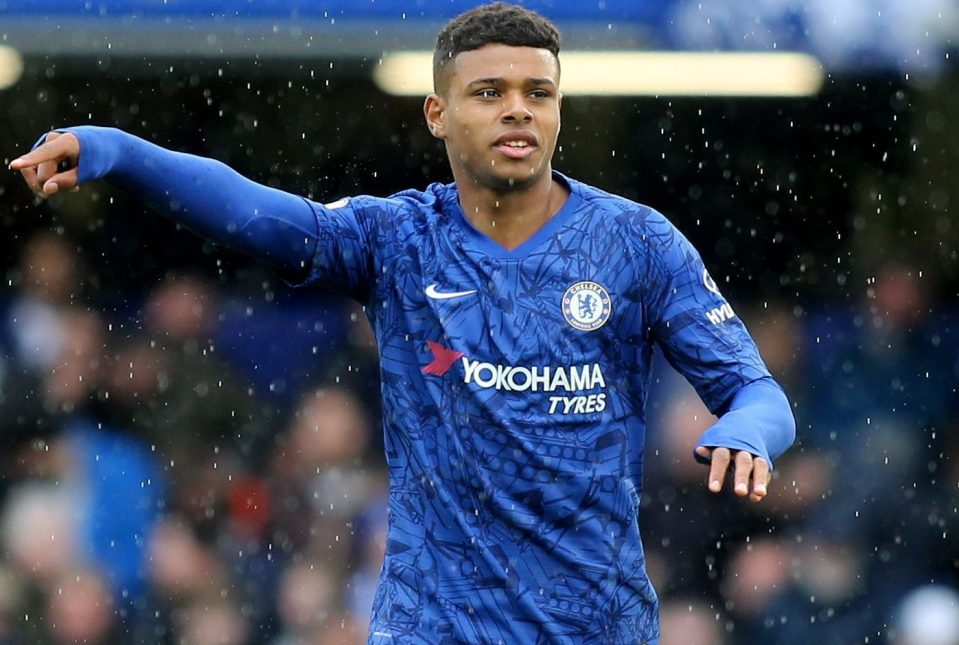 It would be fair to say that the star ability that his father noticed so early on in his development has remained the motif of his young career so far. As a 15- year-old, his physical condition was far superior to that of his teammates, this saw him take the step up, in the 2017/18 season, into that Chelsea under18 side managed at the time by former Blue and now assistant manager Jody Morris. It was here that Anjorin staked his claim as one of the finest prospects in the English academy game. During this campaign, Morris’s young Blues side completed an undisputed domestic quadruple, with Anjorin playing a major part in the sides success at such a young age – the same age as another young prospect at the time, Billy Gilmour. Anjorin played twenty games that season with the highlight undoubtedly being a goal in a 4-0 demolition against London rivals Arsenal to lift the youth FA Cup.

Following this, the development of his game has continued in the predicted upward trend that many thought it would. Spanning a range of age groups including U18, U19 and U23, Anjorin has been involved in 65 games (3,876 minutes) contributing to 29 goals and 14 assists, resulting in a goal contribution around every 89 minutes of game time played. This form has continued in his international game as well. Being involved in the England set up as early as 15 years old, his role has increased within a quality young lions side. Over the course of his England U18 and U19 career, he has been involved in 10 games scoring 5 goals.

His play style is mimetic of players such as Ruben Loftus-Cheek. A powerful yet elegant runner with masses of technical ability with an undeniable eye for goal, Anjorin is looking increasingly likely to pave his way into the Chelsea first team, having already made his senior team debut earlier this season in a 7-1 thrashing of Grimsby Town in the League Cup. Frank Lampard and Jody Morris are fully aware of the extensive talents that Tino possesses and its now only a matter of time that fans will be able to watch him don the first team jersey and make his way out onto the Stamford Bridge pitch. Without doubt one to be extremely excited for in the near future.