Demba Ba’s Chelsea career can be constructed in moments, instances and actions that came to define his Premier League legacy. A poacher and scorer of goals of great significance, Ba’s tenure at Stamford Bridge is a snapshot of memorable opposition upsets, and acrobatic flicks and tricks. Very similar to Ramires’s captivating moment in the Camp Nou in the summer of 2012, Ba’s cult hero status revolves around the (un)fortunate slip from then title-challenging Liverpool captain Steven Gerrard. This event has grown in size over the years and given Demba Ba a well-deserved metaphorical seat at the cult heroes table.

Combine this with other influential performances in the Champions League and Ba can certainly make a claim for being a modern cult hero for the ages at Chelsea. In truth, there is one particular fateful day that has cemented this status. Rarely are a player and moment so beautifully intertwined with one another, creating such a beautifully ironic tapestry of heroes and villains. 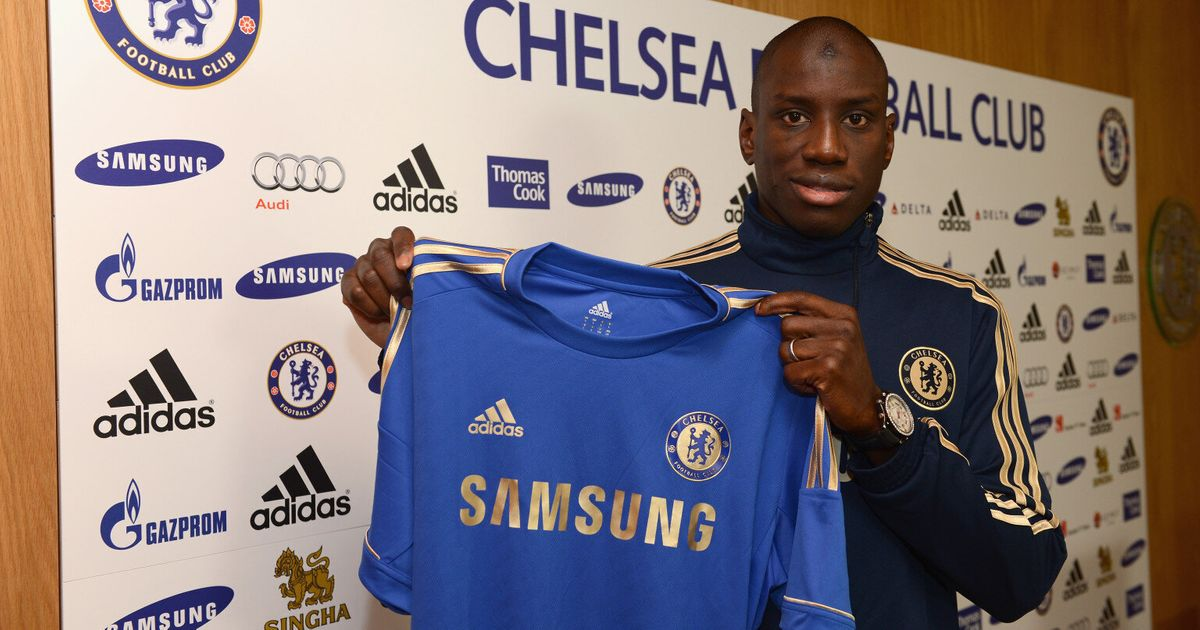 Ba was purchased during a turbulent time at Chelsea Football Club, having won the Champions League the previous season under the smiley Roberto Di Matteo, Chelsea were looking to gain ground domestically following on from their European success in 2012. But after surprisingly crashing out of the CL to Juventus in the November of the 2012/13 season, Chelsea part ways with the jovial Italian – ironically also hailed by fans as a bona-fide cult hero.

Instead, Ba would come to Chelsea to play under the guidance of former Liverpool boss Rafa Benitez. It goes without saying that the reception Rafa received from the Chelsea faithful was more than a little hostile, often being booed and jeered by the match-going fans. Despite the insults and comparisons to a rotund Mediterranean waiter, the Spaniard’s pragmatism proved to be decisive amongst the chaos. With a little help from Branislav Ivanovic, Benitez successfully navigated his side to a Europa League triumph.

Trophies aside, much like Maurizio Sarri’s time at Chelsea, Benitez’s tenure is remembered with indifference, the adequacy of both men doing little to harm or improve their legacies amongst fans. As is often the case with winter purchases, Ba took a while to find his feet, only netting twice in 14 Premier League appearances that season. He joined a side oozing with creative spark but lacking ruthlessness in front of goal, with the first choice attack consisting of a struggling Fernando Torres, a flourishing Juan Mata and a juvenile Eden Hazard, there seemed to be a slight imbalance.

In spite of a commendable third-place finish and a European trophy, Rafa would get the axe in favour of his slimmer more charming Portuguese rival. A decade after his first English managerial bow, The Special One returned to Stamford Bridge.

“Remember we Don’t Let This Slip, we go Again” 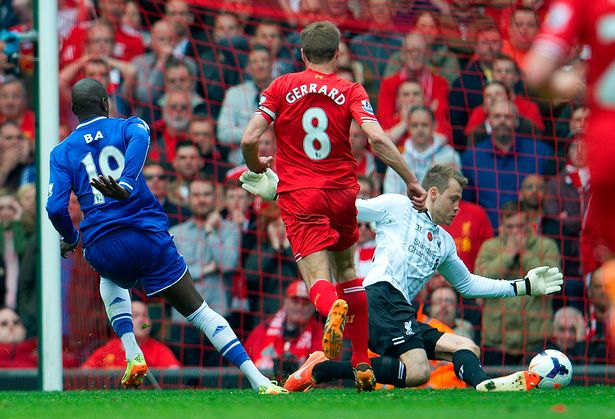 The following season was described by Jose as a race between two stallions and his little horse, Chelsea. Although these comments seem ironic, some truth can be obtained from them.

Jose’s side was going through a transitional period with a number of senior players departing the club that summer. In contrast, City were seeing their investments show promise and had carved out a position of strength among the league contenders. Similarly, Liverpool with their trio of Luis Suarez, Daniel Sturridge and Raheem Sterling, were making a claim for the title themselves, avoiding any unfortunate lapses in concentration and with a comfortable cushion, the title would certainly be theirs. Rogers’ men had amassed 11 straight wins and were seemingly cruising towards the title; what could possibly go wrong?

On the 27 of April 2014, Rodgers Liverpool would face a somewhat limp Chelsea side, seemingly pre-occupied by a Champions League semi-final clash against Atletico Madrid. Jose set up his team with the intention of simply not to lose. A typical Mourinho tactic that gambled on the opposition’s mistakes with the hope of capitalizing.

In fact, little hope was given to Mourinho’s men that day at Anfield, as the absence of Terry, Ivanovic and Hazard caused a huge amount of doubt. Anything other than a comfortable home win didn’t seem possible.

Mourinho was always casting himself as the plucky underdog, and held a proud and long illustrious history of upsetting the odds. This day would be no different.

Chelsea’s gameplay was simple, waste time from the first whistle and frustrate the anxious Liverpool. Like clockwork, the lumbering Mamadou Sakho played a speculative ball to the skipper Steven Gerrard who uncharacteristically mis-controlled the pass. In his efforts to regain composure, he comically and spectacularly slipped. The loose ball was quickly latched onto by the grateful Demba Ba. Gerrard rose frantically to amend his error, but the damage was done, Ba cooly approached the Kop end and slotted his shot between Mignolet’s legs.

With arrogant contempt, Mourinho looked into the crowd with little remorse and pointed to the lions’ crest on his chest, shushing the crowd. By exploiting Gerrard’s misfortune, Ba had immortalised his Chelsea career. Sowing the seeds of doubt into the minds of the Liverpool faithful, it would take a surprise loss to Crystal Palace to completely topple the Reds title ambitions – a spectacular collapse mockingly coined by Eagles fans as Crystanbul – but Ba took the first piece out of the Jenga tower.

According to the old adage, football is a brief life. Although cliched and exaggerated, there is truth within the claim. The brevity of a player’s career enables them always to paint memorable moments and embark on meaningful adventures, for themselves and fans alike. Gerrard’s slip, though unfortunate, was certainly a meaningful adventure for all Chelsea fans.

What is equally amusing is the ambivalence Ba shows to the incident. The Senagalese just views it passively as doing his job and scoring a goal, with no need for remorse for Gerrard or the Merseyside club. Although fleeting, Ba’s Chelsea career will be forever associated with that not so graceful mistake from Steven Gerrard.

Long may we remember the cult hero Demba Ba, scourge of the Kop forever more.